The R123 million lawsuit by Hartem Ben Arfa – a view from the Centre Court.

In this article the Centre Court considers the Hartem Ben Arfa (Ben Arfa) claim from a South African point of view. Can a professional athlete in a team sport bring such a claim and on what basis? If yes, would such a claim succeed? We close off by looking at possible ways to avoid such a situation from both the clubs’ and athletes’ point over view.

Last week it was reported that Ben Arfa had lodged a lawsuit against his former club Paris Saint-Germain FC (“PSG”) for £7 million (about R123 million) allegedly for loss of earnings and “discrimination and workplace harassment”. It is reported that Ben Arfa was entitled to performance bonuses in addition to his basic salary. Following injury woes and alleged bad blood between him and PSG, Ben Arfa spent the last 15 months of his contract on the sidelines training with the reserve side. Reports further say Ben Arfa claims that PSG did everything to crack him and force him to leave. He further claims that this period was very harmful to him, but he persevered until his contract expired.

Performance bonuses are very common in sport as sport is primarily performance and results driven. Clubs normally set targets and incentives for athletes for things like games played, goals / runs scored, keeping clean sheets or maiden overs, match win or draw bonuses depending on the sporting code. These bonuses are always lucrative and big monies. They normally work well where the athlete is available for all the matches but are a source of conflict where the athlete is sidelined due to injury or by the coach.Performance bonuses in team sport become a challenge and source of conflict where an athlete is not able to perform due to injury. It appears somehow unfair that an athlete who is not able to achieve the performance targets as a result of factors beyond the athlete’s control is deprived of bonuses the athlete could have earned were it not for the injury. Similarly, the coach’s decisions for example team selection also bring about conflict. An athlete only plays when selected by the coach. Therefore, athletes are always at the mercy of the coach. In some cases, the coach may even order an athlete to train with the reserve side, making it impossible for the athlete to meet or achieve their performance targets. This, however, is somehow justifiable as the coach, all things being equal, selects the team based on every athlete’s performance and only the best performing athletes make it to the playing squad.

In a perfect World, an athlete will have a fair opportunity, free of injuries, to achieve the performance targets set for him/her. But what happens when that is not possible, and an athlete is aggrieved? The starting point is always the terms of the employment contract. One must consider what the employment contract says and whether there are any prescribed processes such as a grievance procedure, dispute resolution and so forth. If the contract prescribes a grievance procedure, the athlete must follow that procedure and within the prescribed time periods. One cannot just ignore the procedure, wait for the contract to expire and then complain. Where there is no prescribed procedure (or the prescribed procedure is challenged) one can rely on the law directly. In South Africa for example, the conduct that Ben Arfa has complained about may be an unfair labour practice, constructive dismissal or breach of contract – depending on the finer details of the case.

Section 186(2) of Labour Relations Act, 66 of 1995 (“LRA”) defines unfair labour practice as unfair conduct by the employer which, among other things, relates to the promotion or demotion of an employee, training of an employee, provision of benefits to an employee, or suspension of an employee. Therefore, an athlete may refer a dispute to the relevant dispute resolution tribunal against a club for alleged unfair labour practice(s). It must be noted that most sports rules prescribe that disputes be referred to internal dispute resolution tribunals. Where no internal dispute resolution tribunal exists, or where one exists but has no power to deal with the dispute, the dispute may be referred to the Commission for Conciliation Mediation and Arbitration (“CCMA”). It is not always easy to determine whether the employer’s conduct is unfair and whether it relates to any of the factors set out above, especially in professional sport. Using the Ben Arfa facts, a determination must be made whether restricting an athlete to train with the reserve team is demotion; whether daily training practice by clubs is training as envisaged in the LRA, whether performance bonuses set out in the employment contract are benefits to an employee and whether instructing an athlete to train with the reserve team amounts to suspension (from the main team at least).

b – how long should one suck it up?

4 – Can an athlete file a “Ben Arfa lawsuit” in South Africa?

Section 34 of the Constitution of the Republic of South Africa, 1996 (“the Constitution”) guarantees everyone’s right “to have any dispute that can be resolved by application of law decided in a fair public hearing before a court or, where appropriate, another independent and impartial tribunal or forum.” So, an athlete in Ben Arfa’s position would have a right to refer a dispute to the relevant internal dispute resolution tribunal or the CCMA (unfair labour practice or constructive dismissal claim) or court (breach of contract claim). The real issue here is the prospects of such a claim succeeding and consequences such as legal costs.

If the claim is for breach of contract, it may also be difficult to succeed after letting the alleged breach carry on for long periods (15 months) and accepting salaries every month until the contract expired. While the period within which to refer a breach of contract claim (prescription period) in South Africa is generally 3 years, some sports rules provide for much shorter periods and athletes must always keep these in mind. It is therefore important for athletes to give the club notice to remedy the alleged breach, and lodge the claim, as soon as possible. The longer one takes to lodge the claim, the more difficult it may become to prove the claim, depending on the facts of the matter.

5 – What then for clubs and athletes?

Performance based bonuses sound lucrative but may complicate the relationship between a club and an athlete. The parties are not always in control of the factors that may affect the achievement of the set targets. A “Ben Arfa” claim in South Africa would depend on some of the factors discussed in this article. As for Ben Arfa’s lawsuit, its success, or otherwise, will depend on the terms of the employment contract and the employment (and contract) laws of France. We will have to keep a close eye on the case and see how it turns out. 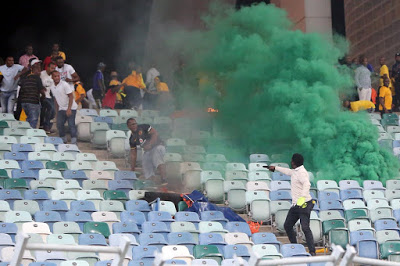