By Farai Razano - In
Sports news

In this article the Centre Court considers safety at sports events in South Africa. We look at the increase in hooliganism at sports (especially football) events, measures that associations or federations normally take to curb such conduct and statutory measures that are arguably more effective in dealing with hooligans or criminals at sports events.

On 13 January 1991, 42 football lovers lost their lives at the Oppenheimer Stadium in Orkney at a football match between Orlando Pirates Football Club (“Orlando Pirates”) and Kaizer Chiefs Football Club (“Kaizer Chiefs”). The tragedy is known as the Orkney Disaster. The next tragedy of similar magnitude was the Ellis Park Disaster on 11 April 2001 where 43 people lost their lives at another match between Orlando Pirates and Kaizer Chiefs at Ellis Park Stadium. The Commission of Inquiry into the Ellis Park Stadium Soccer Disaster of 11 2001 (commonly referred to as the Ngoepe Commission of Inquiry) was established to investigate the Ellis Park disaster. The final report of Ngoepe Commission of Inquiry made several recommendations to avoid such tragedies in future. The recommendations culminated in the enactment of the Safety at Sports and Recreational Events Act 2 of 2010 (“SSREA”). For some, the SSREA signalled a new era in safety at sports and recreational events as it promised to make sports and recreational events safer. For others, the SSREA brought too many, and unclear, obligations making compliance with the SSREA very difficult and in the process potentially threatening the effectiveness of the SSREA.

2 – The blueprint to safety at sports events.
Despite the different views on the SSREA, at the time it was enacted and currently, the SSREA has improved safety at sports events. However, there has been an increase in conduct that threatens safety at sports events in the last few years. In February 2019, SA Rugby was reportedly taken to the South African Human Rights Commission after a group of Springboks supporters were allegedly racially abused at Loftus Stadium at a match between the Springboks and New Zealand in October 2018. Recently, some hooligans or criminals (some prefer to call them supporters or spectators) invaded the pitch at a Premier Soccer League (“PSL”) ABSA Premiership match between Bloemfontein Celtic Football Club (“Celtic”) and Cape Town City Football Club at the Dr. Molemela Stadium on 14 April 2019, just three days after the commemoration of the 18th anniversary of the Ellis Park Disaster. The match was abandoned due to safety concerns. The PSL issued a statement condemning the incident and Celtic was later charged with failure to provide adequate security in terms of the PSL rules. Celtic is likely to be found guilty. Celtic is likely to have been charged under rule 54.3.1 which creates a presumption that once an incident such as pitch invasion occurs, the club failed to provide adequate security at the stadium. Celtic will probably be ordered to pay a hefty monetary fine.
The response to the Dr. Molemela Stadium incident by the PSL is in keeping with the general response to these events by sports associations or federations. Sports associations or federations have primarily resorted to punishing their members in terms of their rules. Besides the Celtic example above, several PSL clubs have in the past been ordered to pay huge monetary fines for spectator misbehavior or hooliganism at football matches. Last year Orlando Pirates and Kaizer Chiefs were ordered to play in empty stadiums, as punishment for the improper (criminal) behavior of (their) supporters. While these measures by the PSL are provided for in the PSL’s rules, they neither address the real issue nor deal with the actual perpetrators of the criminal conduct. The SSREA has measures and sanctions that can be imposed on the hooligans/criminals rather than the clubs and well-behaved sports followers. These measures, arguably, have harsher consequences for the hooligans and are more effective, if properly implemented.

3 – It is not fun and games. It is criminal conduct.

The SSREA imposes several obligations on event organisers. These obligations include obtaining authorisations for staging events, ensuring that certain safety and security measures are put in place at events, among others. An event organiser is defined as “any person who plans, is in charge of, manages, supervises or holds an event or sponsorship rights to an event or in any manner controls or has a material interest in the hosting of an event as contemplated in … [the SSREA].” The SSREA also imposes obligations on spectators. It prohibits and criminalizes certain conduct at sporting events. In terms of Section 44 of the SSREA, a person is guilty of an offence if that person, among other things:

Anyone who is convicted of any of the above offences in terms of the SSREA is liable to a fine or imprisonment for a period not exceeding five years or both a fine and imprisonment. The examples of offences listed above are offences that are frequently committed at sports events. The conduct complained about in the SA Rugby example above is likely to qualify as “delinquent and antisocial behavior inside a stadium or venue… [that is] racist, vulgar, inflammatory, intimidating…” in terms of the SSREA. The conduct in the football examples falls into various, if not all the, offences listed above. Despite section 44 of the SSREA, event organisers always resort to their private rules and punish their members (mainly clubs). Clubs often complain about the “heavy-handed” approach by associations against clubs, but the clubs fail to utilise the SSREA remedies that are available to clubs as “event organisers” as defined in the SSREA.

(a) – The missed opportunity.

The ABSA Premiership match to be played between Celtic and Kaizer Chiefs on 27 April 2019 which has been moved from the Dr. Molemela Stadium (Bloemfontein) tothe New Peter Mokaba Stadium (Polokwane) is a missed opportunity in relation to Spectator Exclusion Notices. There may be various reasons for the venue change, but there is no doubt that safety and security is one of those reasons. Some of the perpetrators of last week’s pitch invasion at the Dr. Molelmela Stadium were identified and arrested. They are known to, and Spectator Exclusion Notices should have been sought by, Celtic, the PSL, owners of the stadium, the sponsors of the competition or anyone who falls within the definition of event organiser in terms of the SSREA so that those hooligans are prohibited from attending football matches in Bloemfontein or anywhere in South Africa. This would ensure that law abiding (Celtic) football followers (in Bloemfontein) are not denied the opportunity to watch and support their team in Bloemfontein. As it stands, and in the absence of Spectator Exclusion Notices (or court interdicts), the same hooligans may make their way to the Old Peter Mokaba stadium and cause trouble like they have done in the past and did last week.
The success of criminal prosecutions and the Spectator Exclusion Notices will depend on enforcement, especially by the South African Police Service. Some may even argue that the police already have their hands full with “more serious crimes”. Hooliganism at sports events is a serious crime, particularly when people are assaulted and seriously injured, lives are lost or put in danger, and property worth millions of Rand is damaged. Despite the arguments some may have against criminal prosecutions and Spectator Exclusion Notices, they are effective tools in curbing hooliganism, and protecting safety and security, at sports events. They have been successfully used in other countries such as the United Kingdom (“UK”) where Football Banning Orders (“FBO”), which are similar to Spectator Exclusion Notices, have been successfully used, and have helped, to reduce hooliganism in football.

5 – After all has been said, something must be done.
Sports event organisers are trying to get “bums on the seats” (as sports administrators often say). Sports events are supposed to be family affairs, but there has been an increase in hooliganism and criminal activity at sports events. This is pulling against efforts to keep sports events safe and get (or keep) “bums on the seats” at sports events. Associations or federations are trying their best to deal with hooliganism, but more could be done through the SSREA. The SSREA provides measures that have far-reaching consequences for hooligans compared to most of the measures stipulated in private associations’ or federations’ rules. It is now time for event organisers as defined in the SSREA and the relevant authorities to vigorously pursue criminal prosecutions and Spectator Exclusion Notices in terms of the SSAREA against hooligans and criminals who masquerade as sports followers. Game, set and match. 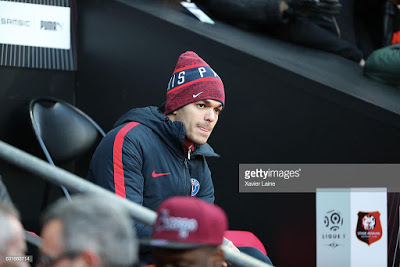 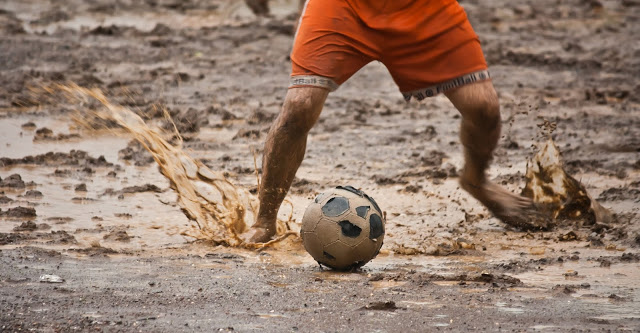 The R123 million lawsuit by Hartem Ben Arfa – a view from the Centre Court.

Beefing up your squad or offloading surplus players? Five key issues to consider during the January transfer window.